Ilyushin expects to wrap up flight-testing of the new Il-76MD-90A
in the second half of 2014, after initiating the regime with a sortie
to Moscow Zhukovsky on 28 January.

The upgraded transport got airborne from Ulyanovsk for a 4h 25min
flight, during which it climbed to an altitude of 33,000ft (10,000m) en
route.

Three more of the type are in various stages of assembly at the
Ulyanovsk-based Aviastar production facility, and Ilyushin says a second
batch of aircraft will enter production later this year.

Previous versions of the Il-76 were assembled in Uzbekistan, at Tashkent's Chkalov aircraft production plant.

Aviastar general director Sergei Dementiev says the maiden test
flight is a "significant event" for the Russian facility, but adds: "We
don't intend to stop here. There is still work ahead of us to produce
the aircraft."

The modernised Perm PS-90A-76 engines are intended to cut fuel burn
by 12% and improve the aircraft's range by 18%. The airlifter also
incorporates glass cockpit avionics, with eight multifunction
liquid-crystal displays.

Ilyushin general manager Viktor Livanov says a three-stage test
programme will include 22 initial flights by the developers, followed by
a longer phase of operational tests comprising 60 flights. The
Il-76MD-90A will then undertake specialised testing for troop transport
and parachute-assisted cargo drops, with the full test programme to be
completed in the third quarter of 2014.

Russia's defence ministry signed a production order in October 2012
to acquire 39 of the new model, the first prototype of which made its
flight debut the previous month. 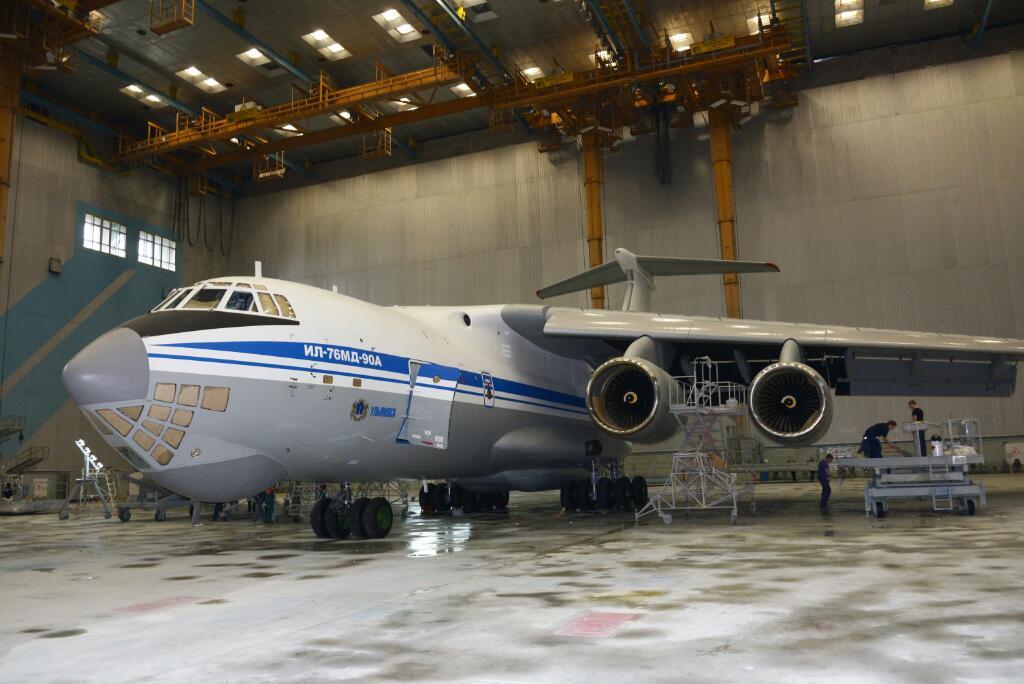