The US Air Force's T-X contest is likely to be a straight battle between the three leading advanced jet trainer designs now in production, according to one of the companies eyeing the estimated $10 billion deal.
BAE Systems responded to the USAF's second request for information on T-X in late September, outlining an "embryonic" training system design based around a development of the UK Royal Air Force's new Hawk 128.
"We responded in our own right and put forward our credentials as a prime integrator," says Ian Reason, BAE's business director for training and Hawk UK.
However, discussions are continuing with domestic companies over a possible tie-up on the T-X deal, with Reason adding: "Teaming in the USA is critical to success." BAE has "narrowed the field" over the last few months regarding a possible partner, and an agreement is expected by the middle of next year, he says. The air force is expected to issue a formal request for proposals in early 2011.

"A Hawk platform within a training system will offer the most cost-effective solution for the USAF," says Reason. He adds that BAE is "not precious about the development path, or about where the aircraft would be manufactured".
Synthetic training devices and potentially centrifugal simulators will form part of a Hawk-based proposal, and BAE could even suggest a system that includes a small number of higher-end trainers to deliver the final stages of pilot instruction.
But Reason argues that by selecting a larger aircraft, such as the Alenia Aermacchi M-346 or Korea Aerospace Industries/Lockheed Martin T-50, for the overall T-X programme, the USAF would be "paying a huge premium" during most of its less advanced training activities. The service could buy 350 to 500 new aircraft to replace its Northrop T-38C supersonic trainers from late next decade.


Boeing has yet to reveal its intentions for the T-X contest, but recently delivered the US Navy's last T-45C Goshawk trainer, derived from BAE's Hawk. The company has previously talked with Alenia Aermacchi about the M-346, and could even develop a new design, according to industry sources.
The M-346 could be offered to the USAF directly by Alenia Aermacchi parent Finmecannica, while Lockheed could promote the T-50, an aircraft it helped to develop with KAI for the South Korean air force

A key to the renewed proposal is that the Air Force, in a July 10 amendment, has clarified the sustained g performance requirement contained in the initial request for information (RFI), issued in March. Rather than the common definition of sustained g-force as being achieved at constant speed and altitude, the T-X requirement is to perform a turning maneuver in which 6.5 g or above is sustained through a 140-deg. turn. The aircraft should start the maneuver at or above 15,000 ft. and complete it no lower than 13,000 ft., while losing no more than 10% of its initial speed. The goal is to evaluate and improve the student pilot’s g-resistance with a tactically representative maneuver.
The M-346 is compliant with this requirement but “on the line,” company chief test pilot Enrico Scarabotto tells Aviation Week, and Alenia Aermacchi is planning to increase its performance before any T-X flight demonstration takes place. He adds that the RFI requirement as originally interpreted would be hard for any aircraft short of a fighter to achieve, and that the M-346 has proven itself to handle well at such g levels. 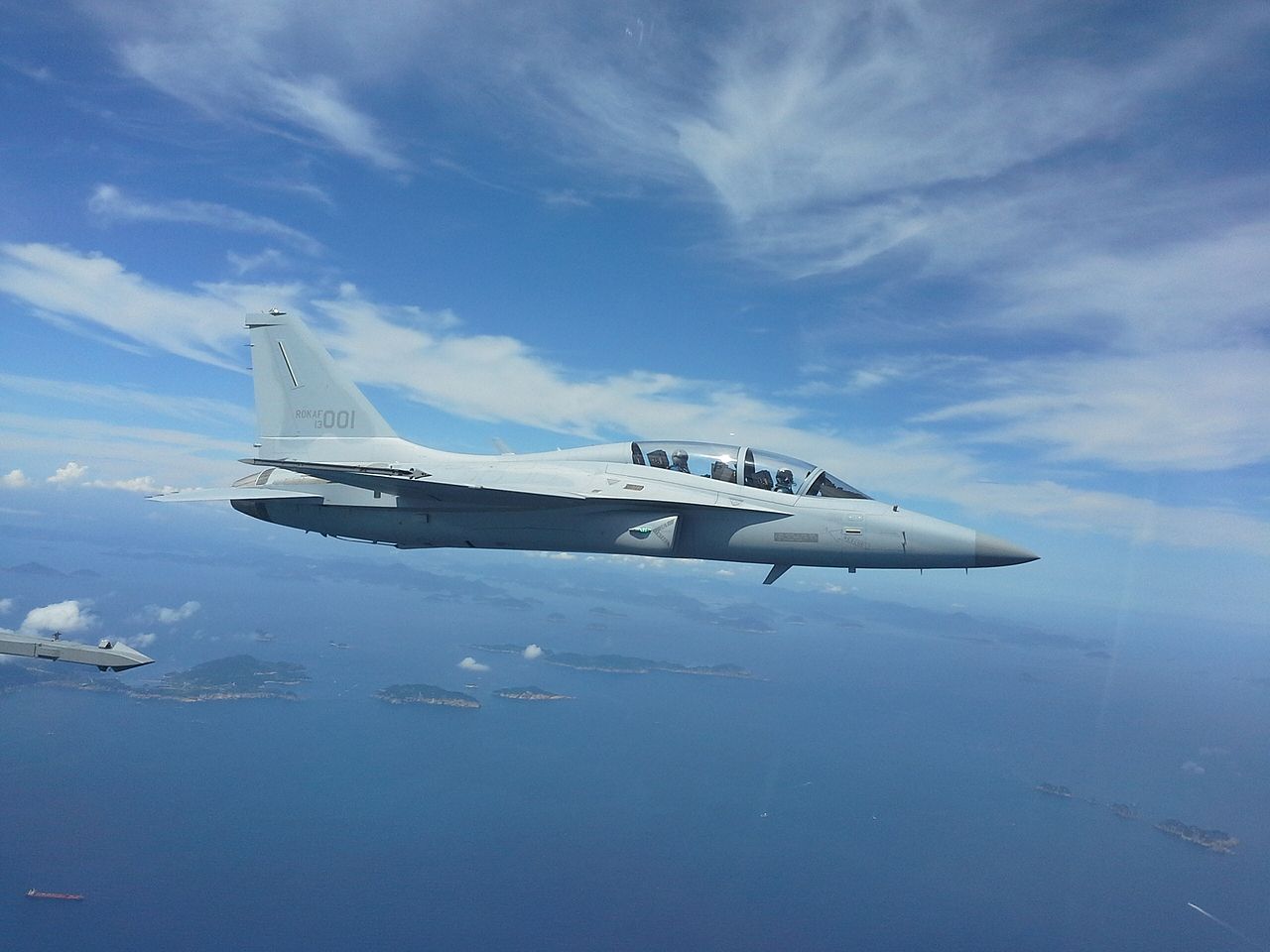