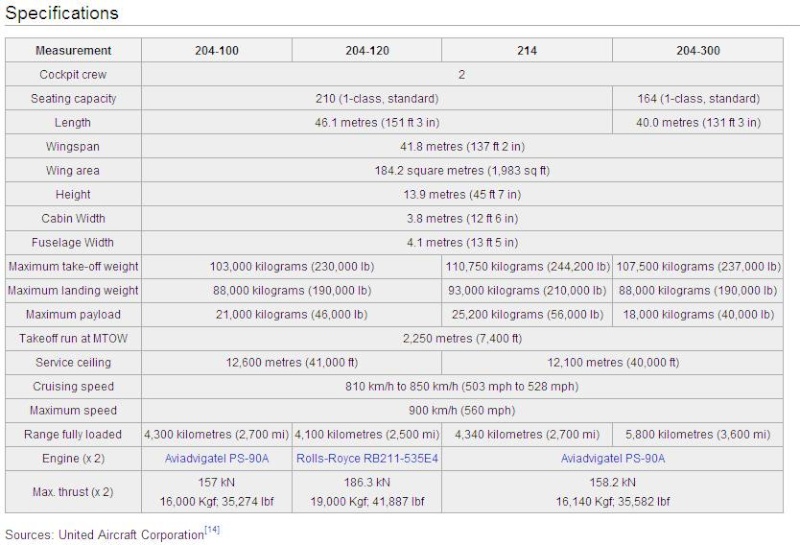 
Russian authorities have given their approval in principle for the manufacture of Tupolev's modernised Tu-204SM twinjet, following confirmation by Red Wings that it is interested in becoming the launch customer.

The industry and trade ministry has announced that the Tu-204SM project is to be continued until United Aircraft MS-21 production begins in 2016.

"It will become a transitional project," says the ministry's aviation department chief Yuri Slyusar. "It should help preserve competencies in building mainline aircraft and provide for testing technologies to be applied on the MS-21."


Manufacturing Tu-204SMs, the first prototype of which is undergoing flight trials, does not call for additional state backing, says Slyusar. "Rather, there is a need to readjust current support measures to the roadmap that we've adopted for the project."

Slyusar says the commission has fulfilled a major task of lowering Tu-204SM operational costs to meet requirements set by Moscow-based Red Wings, which is willing to place an order for 44 aircraft. He adds: "There will be a new aftersales support scheme complete with an efficient infrastructure system to maintain a stock of spare parts as requested by the launch customer."

Red Wings owner National Reserve says it is prepared to place a Tu-204SM order worth Rb1.07 billion ($35.9 million) and could sell its 15% shareholding in Aeroflot to finance the deal.

"We've agreed on the market price for this aircraft," says Aviastar managing director Sergei Dementyev, adding that the airframer has six of the type under assembly and is poised to start building a further 10. "Our prime goal now is to stick to the demanding production schedule."

Tupolev is working towards gaining domestic certification for the Tu-204SM in 2011 so that Red Wings could receive the first two aircraft this year and a further six in 2012.


Russia's beleaguered Tupolev Tu-204SM programme is struggling to avoid total derailment after lessor Ilyushin Finance, its key supporter, withdrew its interest.
But United Aircraft president Mikhail Pogosyan insists that the twinjet remains a top priority for the Ulyanovsk-based airframer Aviastar.
Ilyushin Finance had been intending to place 44 Tu-204SMs with carrier Red Wings, the sole customer, but the entire deal appears shaky after the lessor's general director, Alexander Rubtsov, said planned funding changes made the project complex and "too risky".


Tupolev has shown off its upgraded Tu-204SM at the MAKS show for the first time, days after the maiden flight of its second flying prototype.

The second prototype, with tail number 64151, has been on static display while another example of the Tu-204SM was towed-out for public view.

Tupolev carried out the new prototype's first flight on 3 August at Ulyanovsk, where the Aviastar manufacturing plant is located.

The aircraft was airborne for 52min during a sortie which involved a basic check of vital systems and equipment.

"According to the crew all the systems worked normally," said Tupolev, adding that the aircraft's engines operated smoothly and the aircraft was stable.


Tupolev is demonstrating the aircraft, which has modernised features including Aviadvigatel PS-90A2 engines, at a time when the future of the Tu-204 programme is uncertain after doubts emerged over the commitment from launch customer Red Wings.

The design bureau maintains deliveries of the aircraft are still planned for 2012.

"At present a leasing procedure is being worked out for the Tu-204SM which would define the source of financing and the terms of the leasing deals," Tupolev said.

"Possible forms of state support for the project and for the operators of the aircraft are being worked out.

"Intensive effort is being made to provide a system of after-sales product support and airworthiness continuation activities, as well as to organise the deals with potential customers," it added.


Russia’s Transaero Airlines has continued to ground its three Tupolev
Tu-214s even though they passed airline safety tests. The aircraft were
grounded following a Dec. 29 crash in which a Red Wings Tu-204 overshot a runway at Moscow Vnukovo Airport, killing five people.

After the crash, the airline’s comprehensive review of the aircraft did
not detect any defects. However, it will not return the aircraft to
operation until the crash investigation results are complete.