The USA’s RQ/MQ-8 Fire Scout Unmanned Aerial Vehicle has had a colorful history. The program was begun with promise by the US Navy, canceled, adopted by the US Army, and finally revived by the Navy as well. The MQ-8B Fire Scout is currently linked with two major new defense programs: the Future Combat Systems
program and the USA’s new Littoral Combat Ships (LCS); this is both helpful to the program because of the implicit commitments, and harmful because it ties the UAV to a pair of programs that have endured stormy histories and may face more turbulence ahead. Meanwhile, a competition expected in 2008-2010 may see the Fire Scout used by the US Marines, and the US Coast Guard’s Deepwater program is another potential buyer.
Fire Scout-related awards to Northrop Grumman and Raytheon have been quite varied. DID lists them, along with budgetary figures from official DoD history and capabilities. The latest developments include an order for surveillance and targeting turrets, and a software development contract…
alain57

in support of dynamic interface testing. This was a critical step for the U.S. Navy MQ-8B Fire Scout toward Operational
Evaluation (OpEval), scheduled for later this summer.

These recent flight tests took place May 4-8 off the coast of Mayport, Fla. The U.S. Navy Fire Scout
completed test flights in areas of shipboard deck motion and wind envelope expansion and landings including the use of the grid and harpoon system. All flights onboard the USS McInerney included use of the shipboard UAV Common Auto Recovery System (UCARS) used for vehicle position data during shipboard landings. During the five days of testing, the ship/aircraft team compiled 19 flight hours during 12 flights, which included 54 landings, 37 of which were into the NATO standard grid. Operations were conducted with ship speeds up to 14 knots, ship roll up to five degrees, and wind over deck of up to 25 knots. All test events were completed satisfactorily, which will set the stage for OpEval.
"The Navy Fire Scout has successfully completed fully autonomous flight operations onboard the USS McInerney and we are thrilled with the results. The recent success allows us to continue to work towards OpEval," said Doug Fronius, MQ-8B Fire Scout VTUAV program director for Northrop Grumman's
Aerospace Systems sector. "We look forward to continuing to mature Fire Scout, as it will bring us closer to supplying the fleet with a VTUAV that provides unprecedented situational awareness and precision targeting support."
The Fire Scout first embarked aboard the guided-missile frigate USS McInerney, an Oliver Hazard Perry-class frigate, while in port for operational fit checks and ship integration testing on Dec. 10, 2008. The Fire Scout is slated to deploy aboard USS McInerney during its next counter-narcotics trafficking deployment later this year.
jullienaline

The recent flight tests took place the week of Sept. 21 at Yuma Proving Ground (YPG). The flights demonstrated the functionality of the ground control station (GCS) that will be used for future capability demonstrations with the company-owned P7 Fire Scout VUAS. Flight activities will continue at YPG to prepare for the Army Expeditionary Warrior Experiment at Fort Benning, Ga.

The GCS contains multiple radios for voice, secondary command and control and a Tactical Common Data Link for primary command and control and sensor data downlink. The operator stations are fully redundant with PC-based commercial off-the-shelf workstation components. The GCS intercommunication system is digital with an external wireless system for other crew members.

Mission planning is accomplished with the Army standard Aviation Mission Planning System. The graphical user interface makes use of the latest technologies and displays an intuitive Primary Flight Display that was developed with input from teams of experienced air vehicle operators. The Vehicle Specific Module can interface with any STANAG 4586 compatible Core Unmanned Control System (CUCS) module such as that used in the Army Universal/One System GCS.

Fleet introduction of the Fire Scout marks the first time a large, automated UAS has been delivered for ship board operation by sailors.

The Fire Scout departed with the 4th Fleet to assist during a counter-narcotics trafficking deployment. The aircraft will provide unprecedented situational awareness as the fleet employs its Intelligence, Surveillance and Reconnaissance capabilities, said Capt. Tim Dunigan, Fire Scout program manager.

“This is a landmark event for the development of Fire Scout. Deploying the Fire Scout will allow the Navy to learn the operational strengths of the system. The USS McInerney will be critical in developing the tactics, techniques and procedures (TTPs) for the fleet to best exploit the war fighting capabilities of the Fire Scout system,” said Dunigan

Developmental testing to date demonstrated the aircraft’s readiness for deployment with the McInerney, leading to an Operational Evaluation during deployment and full integration in the fleet. The Northrop Grumman-built aircraft has completed over 600 hours of flight testing, with110 take-off and landings from the frigate.

"The Northrop Grumman team is excited to support the US Navy on the first deployment of the Fire Scout system. We look forward to providing the warfighter with this very capable complement to the H60 that is reliable and will evolve with the tactical Navy as they operate it," said Doug Fronius, Director, Tactical Unmanned Systems, Aerospace Systems, Northrop Grumman.

Continued flight tests and OPEVAL on the McInerney will prepare the aircraft for future missions on the Littoral Combat Ship (LCS). The aircraft will be integrated on both variants of LCS. The concept for employment on the LCS is to embark a manned H-60 helicopter with the MQ-8B in support of surface warfare, mine counter measures and anti-submarine warfare missions.

Northrop Grumman Corporation completed the first three MQ-8B Fire Scout production deliveries to the U.S. Navy, which completes the first year of Low Rate Initial Production (LRIP) for the Vertical Takeoff and Landing Tactical Unmanned Air Vehicle (VTUAV) program.
Two of the three Fire Scouts were deployed aboard the USS McInerney for use on a scheduled operational deployment to complete a Fire Scout Military Utility Assessment (MUA). Prior to the current deployment, Fire Scouts have been aboard the USS McInerney four times since December 2008, completing 110 ship takeoffs and landings and 45 landings with the harpoon grid, accumulating over 47 hours of flight time.
"Fire Scout's performance aboard the USS McInerney has continued to provide us with invaluable operational insight and enhance our ability to support the U.S. Navy," said George Vardoulakis, vice president of Tactical Unmanned Systems for Northrop Grumman's Aerospace Systems sector. "And we are excited about the opportunity to work alongside the sailors of the USS McInerney for Fire Scout's first operational deployment."
...
http://www.irconnect.com/noc/press/pages/news_releases.html?d=179030 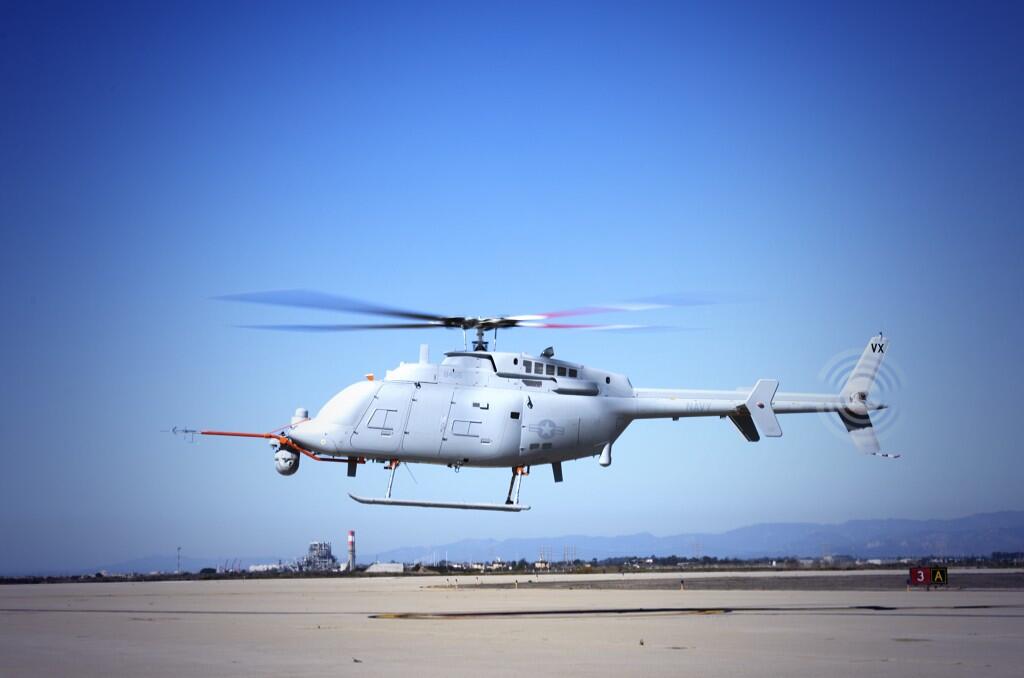