"We've turned the faucet on and [forward fuselage barrels are] starting to flow through the line," says Turner.

Turner says his company is not yet delivering at a two shipset per month rate. But he adds that "we're getting a little bit of a drumbeat" from Boeing.

Regular fabrication composite barrels is a positive step towards getting the line "full and flowing," Turner says.

Spirit has maintained its production flow in recent months by taking delivery cues from Boeing, which is "pulling" shipsets from suppliers to final assembly as needed.

Turner says required engineering changes to the forward 41 section have been incorporated into the committed units, including a significant wiring upgrade called NC5. Suppliers across the 787's global supply chain introduced the wiring revision starting on Airplane 13, which was delivered in November.

A pair of composite barrels had been wound earlier this year, but not as part of a regular production flow. The company created one to test a new dual-headed composite tape laydown machine, and another to use a batch of composite material before its expiration date.

Spirit is expected to deliver its 14 forward fuselage as early as today.

Spirit is responsible for the engine pylons, leading edges of the wings and the forward fuselage of the 787.

So based on our analysis of a company's financial information, we determine what to us is a Reasonable Value for the stock, based on a 5-year hold. And miracle of miracles, we do that before we purchase a stock.

We explained all of this to one of our newer money manager accounts last week when we were asked about Spirit Aerosystems Holdings, Inc. (SPR), an independent designer and manufacturer of non-OEM aircraft parts.

Financial information related to Spirit Aerospace Holdings, Inc. contained in this report, is based on the company's most recent SEC Form 10-K filing for fiscal year ending December 31, 2009, as filed with the Securities and Exchange Commission on February 26, 2010.

In addition, they are one of the largest independent suppliers of aerostructures to Airbus. Aerostructures are structural components such as fuselages, propulsion systems and wing systems for commercial and military aircraft.

As a result of their unique capabilities both in process design and composite materials, the company was awarded a contract that makes them the largest aerostructures content supplier on the Boeing B787, Boeing’s next generation twin aisle aircraft.

In addition, the company is one of the largest content suppliers of wing systems for the Airbus A320 family, and a significant supplier for Airbus’ A380. Sales related to the large commercial aircraft market, some of which may be used in military applications, represented approximately 96% of the company's net revenues FY09.

The stock closed recently at $19.01, with First Resistance at $20.55, a 7% increase from a recent close, and Support at $15.03, a 21% decrease from a recent close. The stock is currently trending downward and just moved from an oversold condition. Since we think the stock may trade in the $19-$20 range over the near term we have no interest in making a short-term investment at this time.

To us the company's financials are just not that compelling. Certainly the industry in which the company operates plays a large role in creating a balance sheet worthy of investment. For instance, the company's inventory rate is 1.56 meaning that the company turns its inventory slightly more than once a year, not something many investors are comfortable with.

One of the positive notes is the company collects its receivables on average every 18 days, while paying its bills on average every 47 days, meaning that the company's suppliers are providing them company with an interest free 30 day loan. To us, this bodes well for management.

Based on our preliminary review of the company's financial information, we think a Reasonable Value Estimate for the stock is in the $36 to $39 range, and based on that estimate, would set an initial Buy Target in the $21 range.

However, we realize that investing is not done in a vacuum. There are tremendous risks based on the world's current economic uncertainty. This economic uncertainty can cause the companies that Spirit AeroSystems does business with, to delay, or even cancel orders. Because of these potential economic uncertainties, we think investment risk is increased, and have adjusted our initial Buy Target downward into the $16-$18 range

Disclosure: No positions
About the author: Scott Wachsler

I live in Wichita. I cant positively identify that as a 737 panel, however the local news repeatability reported that image to be taken from near the Spirit campus. Current reports are millions of dollars of damage to two different buildings. One primarily 787 engineering building and one primarily 737 component assembly building.

WICHITA, Kan. (AP) _ Sedgwick County officials say damages could
be as high as $283 million after a tornado hit the southeast part
of Wichita.

The storm that struck late Saturday night caused damage to a
mobile home park and McConnell Air Force Base. A Boeing Co.
spokesman says the Wichita plant took a ``direct hit.'' Emergency
management officials said that at nearby Spirit AeroSystems, most
buildings were damaged. Flash flooding and fires also were
reported.

At Boeing, spokesman Forrest Gossett said the plant “took a direct hit.” A skeleton crew was on duty, he said, but there were no immediate reports of injuries. The company won’t be able to assess the damage until morning, he said, but it was extensive.

At Spirit AeroSystems, part of the side of the manufacturing process facility was also gone. The plant was without power and officials said six buildings were significantly damaged and four were left with major damage.

There were no immediate reports of injuries. Debris lined MacArthur Road along the plant.

Spirit spokesman Jarrod Bartlett later said that the plant is suspending operations because of the damage. Spirit Employees scheduled to work Sunday should not report to work unless they are directly contacted, he said.

“Our first priority is the safety and well-being of our employees,” Bartlett said. “We will not be able to fully assess the damage tonight.”

To the northeast, Hawker-Beechcraft reported damage to a roof, with parts of it landing on Webb Road.

He said emergency crews were still dealing with a gas leak and hazardous materials at Spirit.

The fire marshal reiterated that people should stay out of damage areas throughout the day today to make way for emergency crews.

Damage from the storm was reported at McConnell and at the Kansas Aviation Museum, including to its B-47 display. WICHITA, Kansas -- Spirit Aerosystems in South Wichita has suspended operations indefinitely as a result of damage sustained from Saturday's tornado outbreak. Employees have been told not to report to work until further notice.

"We had substantial damage," said Debbie Gann, Vice President of Corporate Communications for Spirit. "Roofs and siding have been torn off, and we have no power."

A search last night revealed no employees trapped inside buildings on the Spirit campus. Gann says the company is in the process of double checking today.

"Our first priority is to our employees, and we executed our emergency evacuation plan like clockwork," Gann added.

Structural engineers will begin going building to building today to survey the damage.

"It looks like most of our operational capability is in tact," Gann said. "We're working to get our facility up and running as soon as possible. That's our goal."

Gann says they plan to update the media on the situation at Spirit about 3 p.m. (Heure centrale)

Electricity, Gas and water lines are shutoff in the area. Crews are inspecting buildings for structural integrity, environmental conditions and operations. Spirit AeroSystems has stated, only once utilities are restored and a building is deemed safe for entry and production, teams will be called back in for work.

Reports from unnamed individuals familiar with the situation indicate it may take a a couple weeks at minimum to at least 30 days to clean-up the facilities, restore utilities, and resume production inside structurally safe buildings.

This remains a developing story and we will post updates as appropriate. More information should be known Monday. 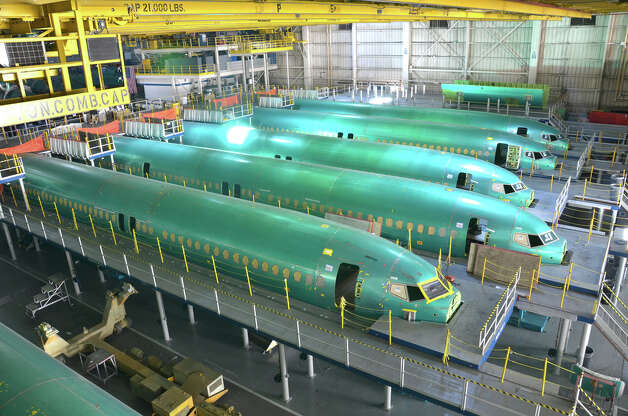 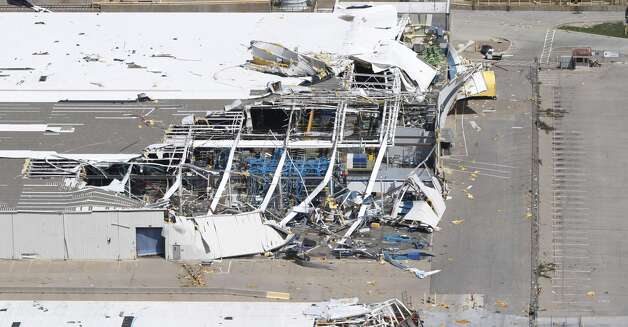