DUBAI -- A few hours before Ethiopian Airlines announced its order for 12 Airbus A350-900 aircraft yesterday, I had a chance to sit down with CEO Girma Wake to discuss his airline's plans for global expansion with its three new aircraft types, the A350, 777-200LR and 787.

"These are complementary [aircraft] for us," wake says. "The 777-200LR has a very good range and especially from the Addis Ababa Airport, its very difficult with the altitude."

"We are at 8,000 feet above sea level. It's very difficult to get full benefits of engine performance. With the 200LR we get very good advantage with performance. Secondly, we have been growing the last five years -- 20% year over year -- and that necessitates an airplane that can take over 300 passengers. And the airplanes that we have today, the 767 carry about 270 passengers and the load requires we go over 300 [passengers] and that is why we picked the 777-200LR and we expect that the 787 to do the mid-range for us. The A350 will also help us operate the long range with that older fleet. Both of them can serve on the same route."

I asked Mr. Wake directly about his airline's order for the 787 and Ethiopian's role as the African launch customer of the type and whether or not the title still held.

"Yes, that is still the case," he replied. "We are taking all of the airplanes that we have ordered."

With the performance of the 787 an open question until flight testing begins, I asked Mr. Wake about the prospect of early aircraft being delivered to the airline overweight.

"There is an overweight situation. We are not very happy that it is over weight," says Wake.

"But even considering the fact that it is overweight, we believe that for our mid-range routes, it is still a very attractive airplane like Europe to Africa [and] within Africa. And if we can leave the Far East and the American operation to the 777 and the A350, the 787 will definitely be a very good replacement for us for the 767 and 757 routes. It will still be a lot better."

Wake says that Boeing is trying to "come up with various solutions" to meet contractual range, payload and fuel consumption targets for the 787-9, adding that "If they come up with a solution, we will take the -9. If they don't come up with a solution we will keep the -8, we have that in our contract. In any case, initially only two -9s were contracted for us, but if it does not work we can still go with -8, but we'll take all the [orders]."

I then asked Wake about the introduction of the A350 and his airline's plans for the new long-range widebody set to arrive in 2017.

"We have plans to dry lease some A350s before that if we see that demand is picking up, the new sectors that will come up gradually will be Brazil - Sao Paulo- more points in the USA, we want to fly to Canada and we want to expand to more points in the far east like Shanghai, Kulala Lumpur, so on and so forth," says Wake.

Wake made a point of saying that Ethiopian Airlines will double in the next five years growing 20% year-over-year. Currently Ethiopian moves 3 million passengers per year.

I concluded the interview asking about his shift as a long-time Boeing customer to a split fleet with the purchase of 12 A350-900s. Wake addressed the decision in this way:

"And secondly," Wake adds. "I believe it is always better to put your eggs different baskets. Putting them all in one basket could be a problem. So, and we see the airplane also, the A350, when it was originally planned it was not as good. The new revised A350, at least on paper, is very good 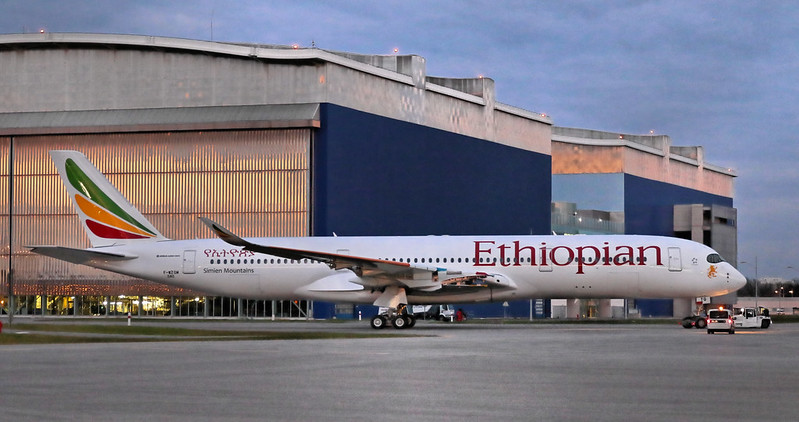 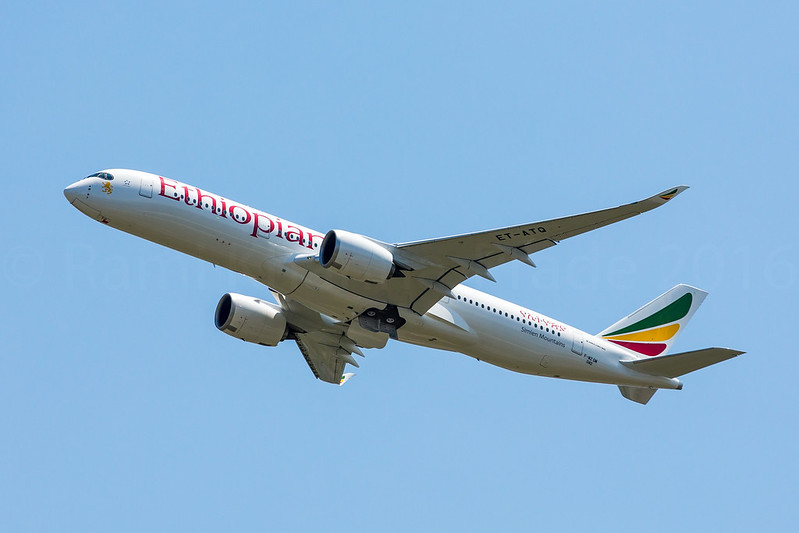