Airbus and Boeing remain under pressure from airlines to define their narrowbody replacement plans. But with strong backlogs for the Airbus A320 and Boeing 737, neither airframer appears too terribly worried about would-be successors. Instead they have been developing their current programmes to improve efficiency. Airbus may even opt to re-engine the A320.

That is all fine and dandy but what about the cabin? With narrowbody replacement appearing to be pushed out beyond the next decade, doesn't the six-abreast cabin deserve a revamp too? (Sorry Boeing, the new 'Sky Interior' for the 737 is sweet but it is far from game-changing).

Might there be a way for current A320/737 operators to improve ground rotation capability (a major concern), satisfy passengers (by providing more comfort) and make in-flight service easier?

One chap with a possible answer is Morten Müller, an aircraft engineer who says he is a former member of the Airbus sales squad.

Müller has developed a cabin concept that would turn your average A320 or 737 into something decidedly more appealing than the traditional single-aisle (3+3) layout and yes, as the headline suggests, it involves a twin-aisle configuration.

In a paper prepared for the Crystal Cabin Awards Competition held at the Hamburg Aircraft Interiors Expo in April, Müller made the following argument for his design:

"Iconoclastic perhaps, but not exaggerated, A320/737 six-abreast single-aisle (3+3) cabins are user-unfriendly; unattractive to passengers; dreaded by cabin attendants; [and] a pain-in-the-neck to cabin cleaners!

"Quoting [former SAS Group chief executive] Jan Carlzon ("Moments of Truth", 1985) : 'How would I explain to our passengers that SAS shall invest hundreds of millions in the purchase of new 737 or A320 aircraft, if the only new feature is a line down the full length of the cabin only with middle seats in a triple, where nobody wants to sit?'

Quite obviously, in order to accomplish either new arrangement, a carrier would have to sacrifice some capacity (something the likes of Spring Airlines and Ryanair, which claim to be seriously studying stand-up seats, probably wouldn't get excited about).

But it would allow carriers that care to differentiate their product (yes, there are still some out there!) to do so in an innovative, crowd-pleasing way while waiting until 2020 or beyond for next-gen narrowbodies.

"Ticket yield leveraging is powerful: customers are informed, educated, selective; they will check, compare and vote, with assurance and autonomy, for the best product [and] making profit will be easier with [these designs]," says Müller.

That's a BIG claim. But I wonder if Müller isn't onto something here.

As a matter of interest, ILFC in 2008 notably advocated the development of twin-aisle narrowbody aircraft with seven-abreast seating (let's not talk about what ILFC might be advocating right now, ahem).

But has the time come to really do something about the interior of current-generation narrowbodies? 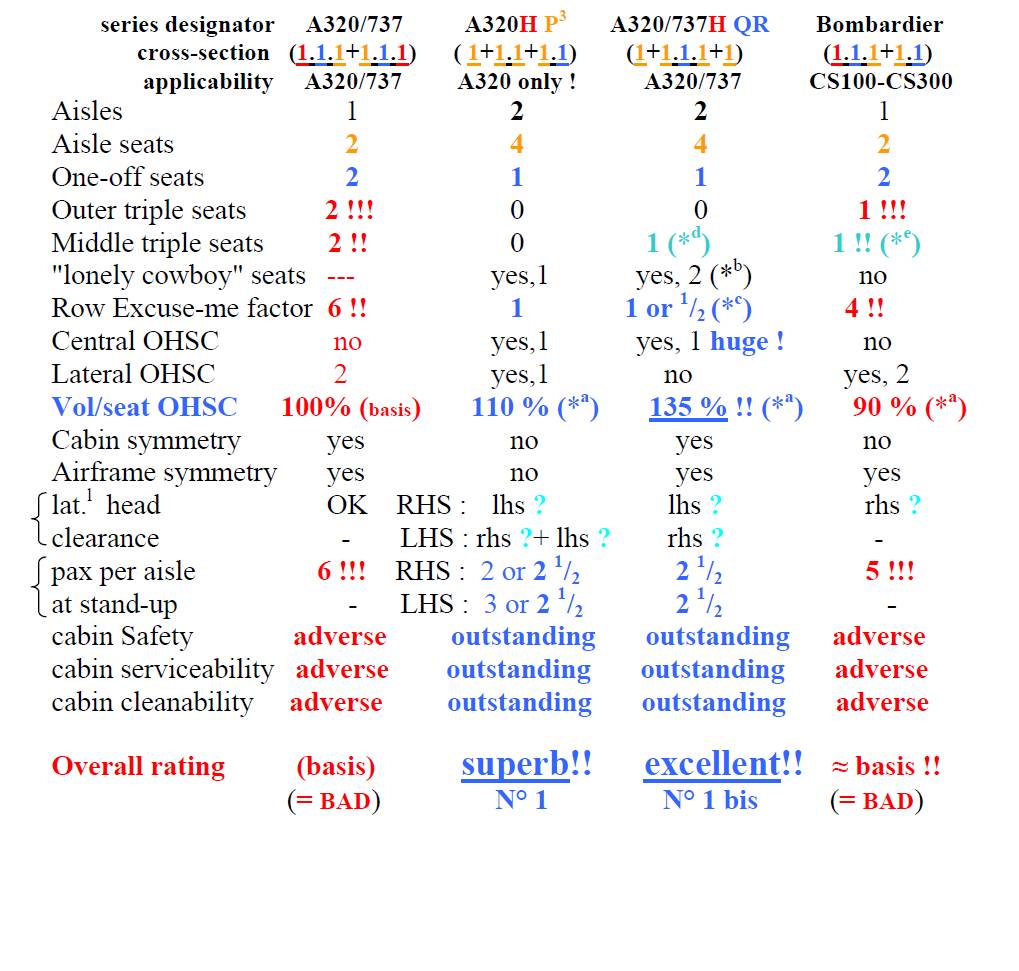 (*b) with an alter ego opposite number, the two "lonely cowboys" here are not "lonely" anymore

(*c) with two ways to access an aisle, the seat EMF here will be better perceived (symbolised by 1/2)

(*c) this middle seat in a triple can be made wider (better comfort); it is accessible from both sides

(*e) this middle seat is only accessible from one side; it can be made wider (better comfort) 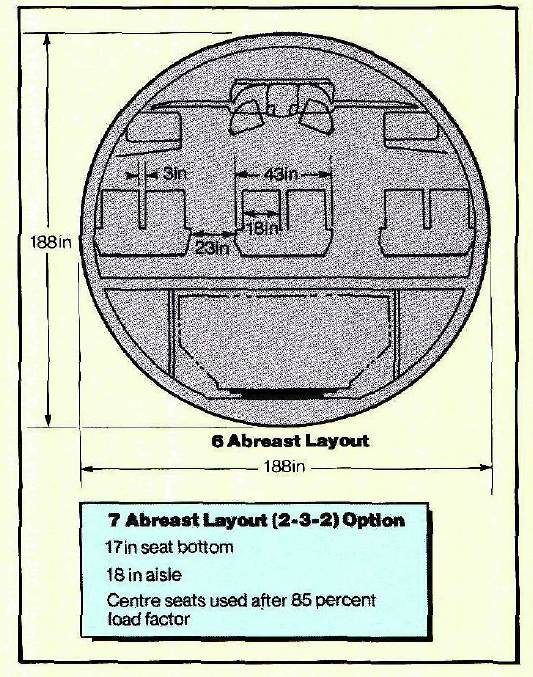 Gentlemen, BON VENT ! Take with you all your old friends - let the dust-covered SMC, SFC, BECF, DOC dating back from XXth Century go on pension as well !

In essence, the question of operating economics really reduces to this : if we offer such hardware plus such software at such prices, can we make money ? This question in 2010 replaces SMC, SFC, BECF, DOC. If the answer is "yes", then economically we're resilient, we're in the market to stay, we're entitled to compete for the passengers, we may start increasing our frequencies, adding new legs, gaining market share, we're making it, BINGO!