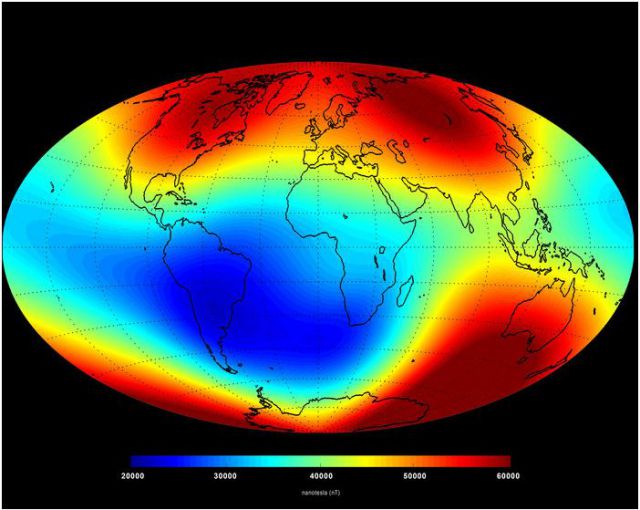 DLR Earth Observation Conference – in contact with Merlin and Copernicus

The German Aerospace Center (Deutsches Zentrum für Luft- und Raumfahrt; DLR) is hosting the 36th International Symposium on Remote Sensing of the Environment (ISRSE) in Berlin from 11 to 15 May 2015.

Earth observation satellites ensure that changes to Earth are documented and fundamental information on the weather and climate, biodiversity and the ecosystem, sustainable agriculture and forestry, mineral resources and resource consumption, and water and air quality is provided.

Satellite data can also provide support in the event of crises and natural disasters. The German radar satellites TerraSAR-X and TanDEM-X play an important role in this.

The first satellite in the Sentinel series was launched in April 2014, marking the start of the European Union (EU) Copernicus programme. The second Sentinel satellite is due to follow on 12 June 2015.

Copernicus links the potential of satellite-supported Earth observation with terrestrial, airborne, maritime and other data sources. In addition to scientific and institutional interests, the commercial market for Earth observation is gathering speed.

Some 750 participants from 65 countries will be discussing these and many other aspects at the ISRSE Conference in the Berlin Congress Center (bcc). The organisers, Helmut Staudenrausch and Gunter Schreier, give an overview in the following interview.


A devastating earthquake shook Nepal on 25 April 2015. What role does Earth observation play in crisis and disaster relief? What is DLR doing?


Gunter Schreier: The Center for Satellite Based Crisis Information (Zentrum für Satellitengestützte Kriseninformation; ZKI) at the DLR Earth Observation Center in Oberpfaffenhofen is working on this.

Current satellite images from Earth observation missions involving international partners – but primarily data from the German TerraSAR-X and the RapidEye missions – are being used to see the extent of the damage that the earthquake has caused and what access routes and roads can still be used by relief organisations on the ground.

We also have high-resolution aerial images of Kathmandu from a measurement campaign conducted in the Himalayas by DLR colleagues in Berlin.

We are now using these with the current satellite data to draw a comparison with the situation before the earthquake. In this regard, ZKI is involved both nationally on behalf of the German Federal Ministry of the Interior (Bundesinnenministerium; BMI) and, at the European scale, in the Copernicus crisis information service.

Helmut Staudenrausch: DLR also provides the International Charter ‘Space and Major Disasters’ with this data. This is a global network of 15 space agencies that offer their satellite data quickly and efficiently in the event of major catastrophes, to generate positional information for the authorities and aid workers on site.

India, China and the United Nations aid organisations requested support from the Charter following the earthquake in Nepal. The areas needing coverage go beyond Nepal – northern India and Tibet have also been affected by the earthquake.

In addition to direct earthquake damage to buildings and infrastructure, the analyses are also focusing on landslides that may have isolated villages in the mountains or affected them directly.

What do radar satellites such as TerraSAR-X and TanDEM-X do for global environment monitoring? Are there comparable missions operated by other spacefaring nations?


Schreier: Germany has been focusing on the technological development of radar satellites for many years now, especially in the shorter radar wavelengths of around 3.5 centimetres, referred to as X-band.
This enables very specific parameters of the surface of the Earth and the oceans to be measured – at a resolution of one metre or less if necessary. Hence, with TerraSAR-X we can zoom in on ecological and agricultural planning areas. Other spacefaring nations also rely on radar technology.

Italy is also operating X-band radar satellites, while other countries – Canada, Japan and India, for example – are focusing more on large-scale observation at longer wavelengths in the C- and L-bands and operate satellites for this. In Europe, Sentinel-1 – also a radar satellite and the first satellite in the Copernicus programme – is observing land surfaces, oceans and polar regions globally.

This is a continuation of the successful European Space Agency (ESA) ERS and ENVISAT radar satellites.

However, Germany set a technical milestone with the TanDEM-X mission, a twin satellite to TerraSAR-X. This ‘binocular’ mission enables us to measure the entire Earth in three dimensions at a quality level and resolution never achieved before. We are world leaders in this technology.

On 12 June 2015, the second satellite in the Sentinel series is due to launch as part of the Copernicus programme. What unique characteristics does Copernicus have and what are its goals?


Staudenrausch: With a total of six satellite series and a plan extending to 2025, Copernicus is the most ambitious Earth observation programme in the world and is a space infrastructure designed to last for decades.

Europe – meaning ESA and the EU – has invested some 8.1 billion euros in this since 2006, around 1.9 billion of which – or almost 25% – is provided by Germany. As the main contractor, German industry is making major contributions to Sentinels 2, 4, 5 and 6 and the radar instrument on Sentinel-1, among other things.

This is not primarily about research, but practical everyday use, based on the model of daily weather forecasts. For example, Copernicus supports environment and transport management, disaster preparedness, and aid and energy issues.

Despite this focus, science and industry will also use and benefit from the data; this is because all the data will be released without charge. With Copernicus, Europe is also contributing to numerous international ventures, such as the Global Forest Observation Initiative.

What technological trends and commercial challenges is satellite-based Earth observation facing?
Schreier: At the conference, scientists, engineers and start-up companies will be presenting their latest ideas and systems. The path towards smaller Earth observation satellites will surely be of interest here – these will orbit in constellations to guarantee a higher coverage rate of Earth.

This will also be combined with even higher resolution and other mapping options, for example high-resolution videos of Earth from orbit. This enormous volume of data must be processed, analysed and distributed. For this reason, ‘Big Data’ will also be a subject at the conference.

The Sentinel data will further reinforce the need for new data processing solutions. In terms of commercial providers, new business models are also certain to be presented. But the main question will be: how can someone safely, automatically and sustainably acquire valuable information on the environment and civil security from the mass of digital data from Earth observation satellites? This is another core issue for Copernicus.

Lidar is the name for systems that emit laser light and evaluate the return signal.
Hyperspectral imaging is a very high spectral resolution observation of the sunlight reflected back from the object of interest. This contains substantially more information about an object compared to the signal from a conventional optical measurement instrument.

DLR is presenting current projects on both subjects – 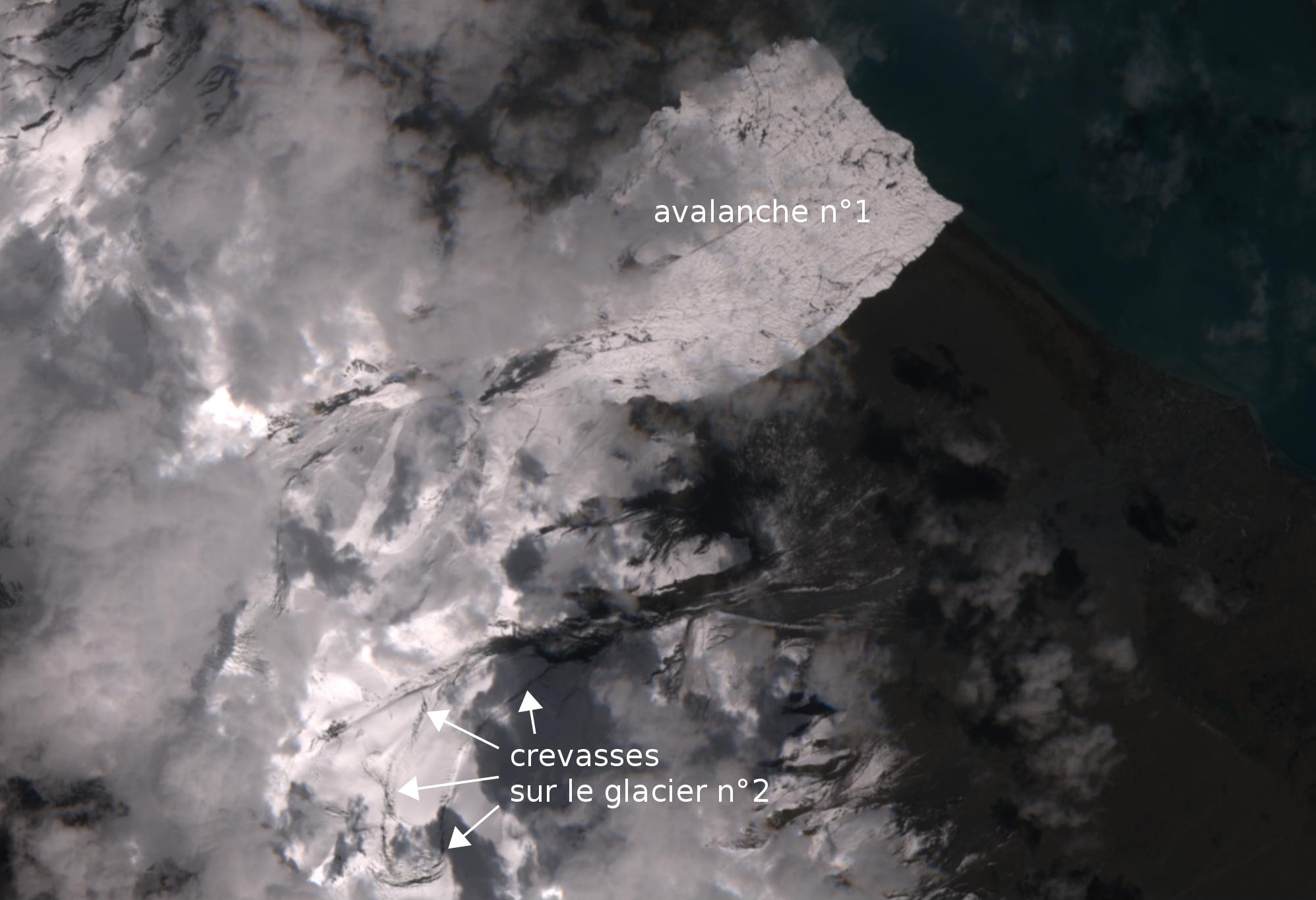 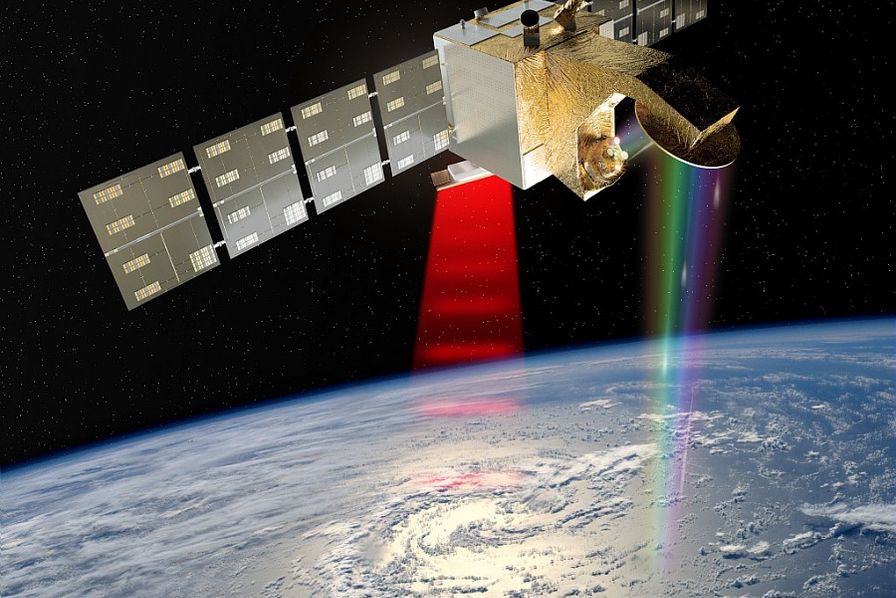