He says that all-Boeing operator Ryanair would not have a problem with adding Airbus aircraft and their crews and engineers, noting: "We bid previously for Aer Lingus three times – they have only Airbus jets. [When] you bid for an airline, it might have Airbus aircraft, but it also has Airbus pilots, Airbus engineers."
O'Leary adds: "We do not have the aircraft to go and replace all of Alitalia's fleet tomorrow, or in one year, or in two years, so we would be very willing to buy Alitalia."
Ryanair will not be bidding for the Alitalia's turboprop fleet, in which O'Leary says his airline has no interest. He admits that the process of acquiring the jets is "complicated" because the majority of Alitalia's fleet is leased not owned.
"The jets are all leased, so we would want those leases, but clearly we want the bankruptcy administrator to restructure the leases," he says.
Poncho (Admin)

'The jets are all leased, so we would want those leases, but clearly we want the bankruptcy administrator to restructure the leases'.

A monumental mistake in the airline over holiday rosters of pilots, as well as other troubles over staffing, led to the travel plans of over 300,000 passengers being affected and an estimated 2,000 flights cancelled.

The flight cancellations followed a regulatory change that forces airlines to count crew flying hours over a calendar year, instead of its fiscal year from April to March, which left the airline with too few standby pilots on its roster. (Du FT) 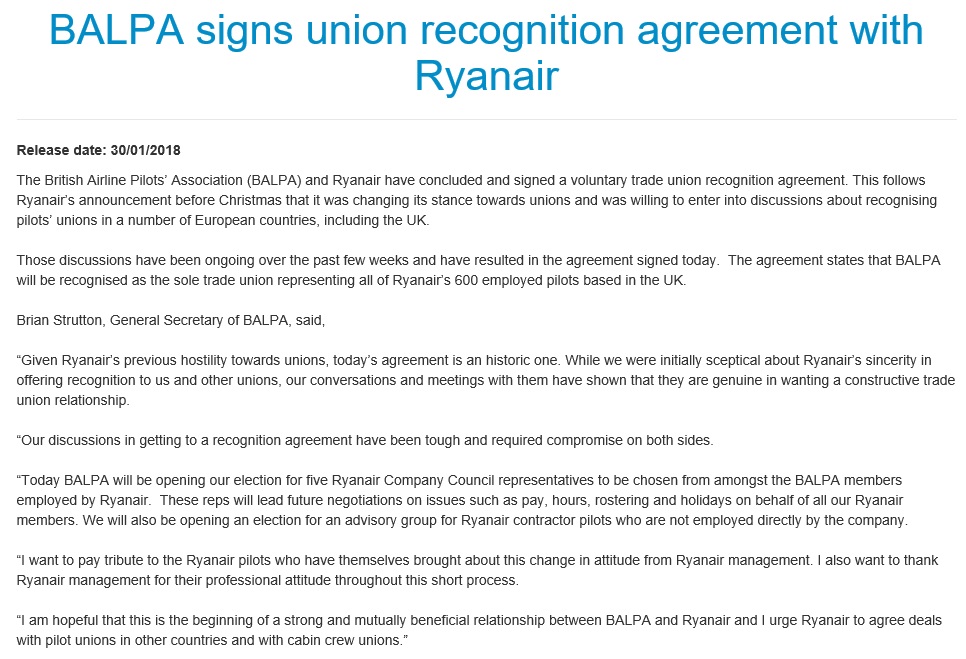