"Saft says its Li-ion battery for the A350 is the first to comply with design assurance level A, which equates to a failure rate of one per 1 billion hr. Saft’s design does not use the heavy casing Boeing had to add around the 787’s batteries. The design changes on the Dreamliner added 185 lb.—the equivalent of one passenger. This frustratingly negated the weight benefit of Li-ion on the new Boeing."

Saft says Li-ion batteries can be retrofitted on early-production A350s, if Airbus offers that option to operators.
In case of internal short circuits or overcharges, Saft has designed a system to channel hot gases toward two “burst disks” located on the skin of the lower nose section, which act as vents.
c.foussa 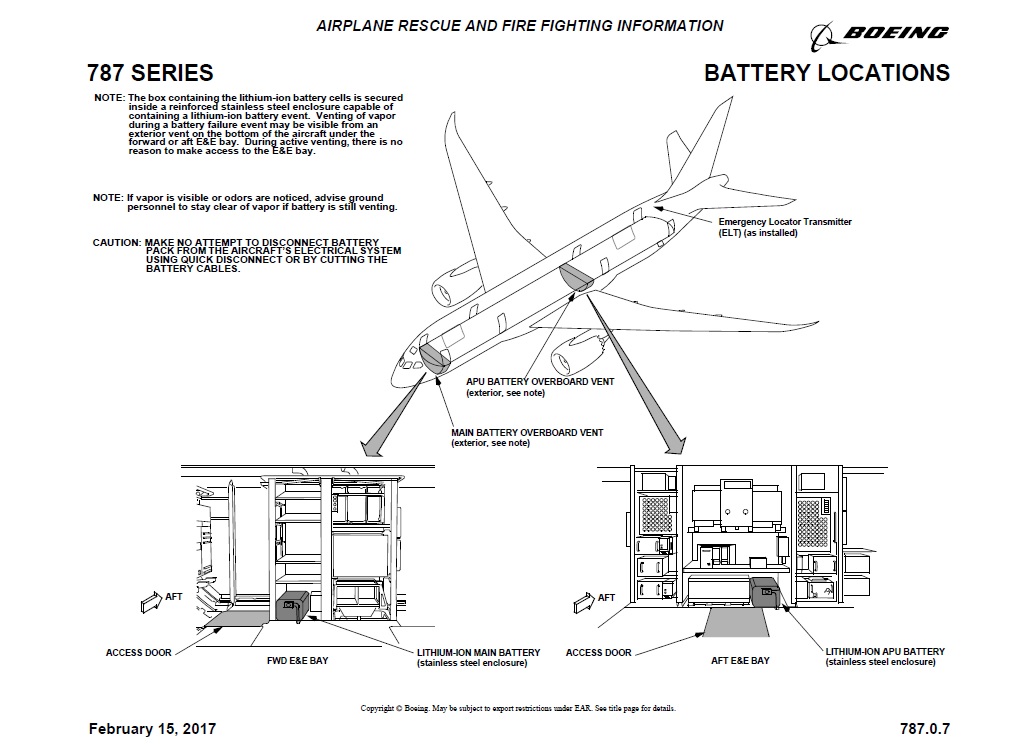 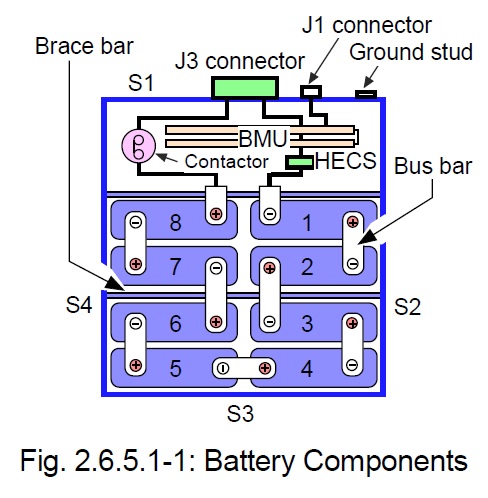 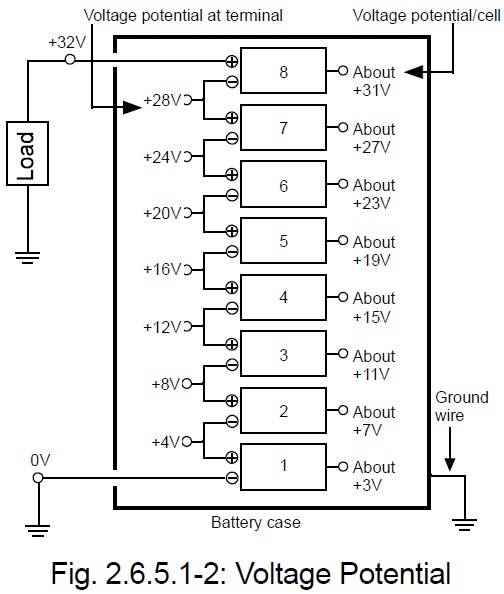 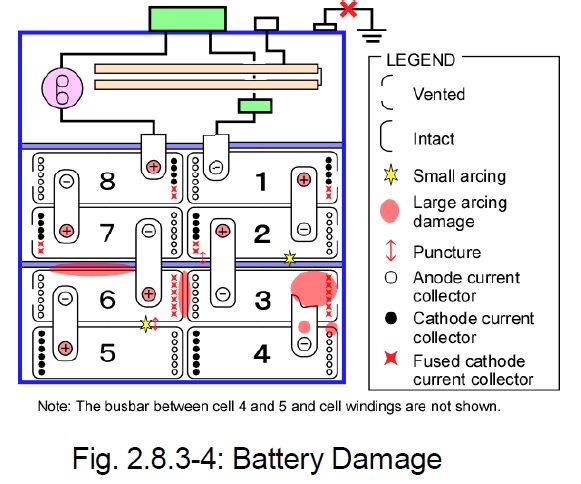 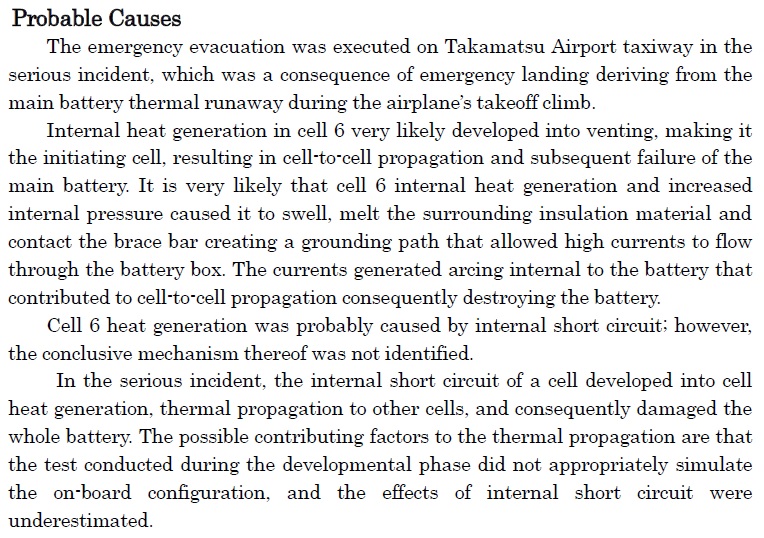 Unlike GS Yuasa, which has released a specification sheet on the 787 batteries (it uses a lithium cobalt oxide chemistry – which is considered the most reactive and inherently volatile electrolytes in lithium ion-based systems), Saft had never revealed the technical characteristics of the A350-900 battery; the voltage of the A350 battery appears to rule out lithium iron phosphate, which is the least volatile lithium-based chemistry. But Airbus could still be using other chemistries considered safer than lithium cobalt oxide, such as lithium nickel manganese oxide. 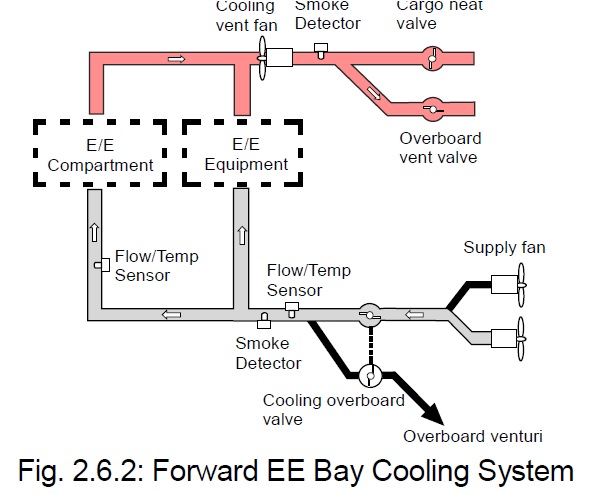 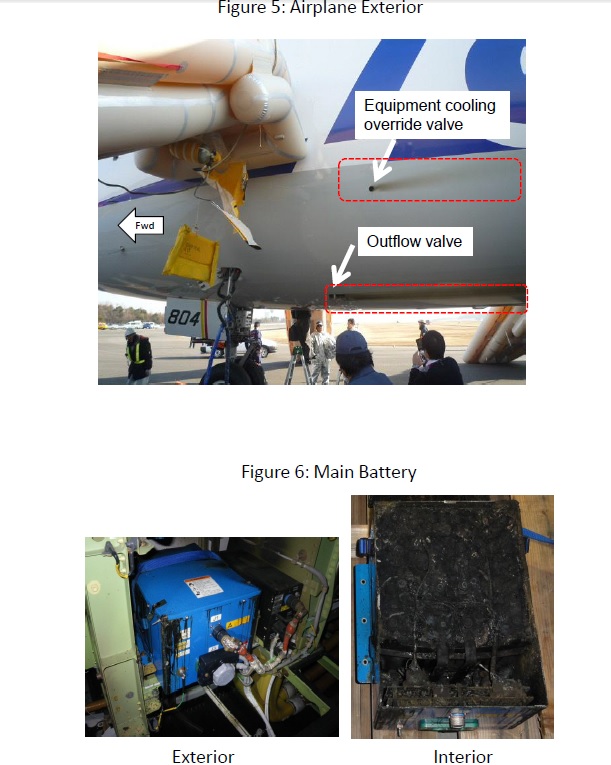 Cell internal short circuiting and the potential for thermal runaway of one or more battery cells, fire, explosion, and flammable electrolyte release. This incident involved an uncontrollable increase in temperature and pressure (thermal runaway) of a single APU battery cell as a result of an internal short circuit and the cascading thermal runaway of the other seven cells within the battery. This type of failure was not expected based on the testing and analysis of the main and APU battery that Boeing performed as part of the 787 certification program. However, GS Yuasa did not test the battery under the most severe conditions possible in service, and the test battery was different than the final battery design certified for installation on the airplane. Also, Boeing’s analysis of the main and APU battery did not consider the possibility that cascading thermal runaway of the battery could occur as a result of a cell internal short circuit.


[*]Thermal management of large-format lithium-ion batteries. Testing performed during the investigation showed that localized heat generated inside a 787 main and APU battery during maximum current discharging exposed a cell to high-temperature conditions. Such conditions could lead to an internal short circuit and cell thermal runaway. As a result, thermal protections incorporated in large-format lithium-ion battery designs need to account for all sources of heating in the battery during the most extreme charge and discharge current conditions. Thermal protections include (1) recording and monitoring cell-level temperatures and voltages to ensure that exceedances resulting from localized or other sources of heating can be detected and addressed before cell damage occurs and (2) establishing thermal safety limits for cells to ensure that self-heating does not occur at a temperature that is less than the battery’s maximum operating temperature.

[*]Insufficient guidance for manufacturers to use in determining and justifying key assumptions in safety assessments. Boeing’s EPS safety assessment for the 787 main and APU battery included an underlying assumption that the effect of an internal short circuit within a cell would be limited to venting of only that cell without fire. However, the assessment did not explicitly discuss this key assumption or provide the engineering rationale and justifications to support the assumption. Also, as demonstrated by the circumstances of this incident, Boeing’s assumption was incorrect, and Boeing’s assessment did not consider the consequences if the assumption were incorrect or incorporate design mitigations to limit the safety effects that could result in such a case. Boeing indicated in certification documents that it used a version of FAA Advisory Circular (AC) 25.1309, “System Design and Analysis” (referred to as the Arsenal draft), as guidance during the 787 certification program. However, the analysis that Boeing presented in its EPS safety assessment did not appear to be consistent with the guidance in the AC. In addition, Boeing and FAA reviews of the EPS safety assessment did not reveal that the assessment had not (1) considered the most severe effects of a cell internal short circuit and (2) included requirements to mitigate related risks.


[*]Stale flight data and poor-quality audio recording of the 787 enhanced airborne flight recorder (EAFR). The incident airplane was equipped with forward and aft EAFRs, which recorded cockpit audio data and flight parametric data. The EAFRs recorded stale flight data for some parameters (that is, data that appeared to be valid and continued to be recorded after a parameter source stopped providing valid data), which delayed the NTSB’s complete understanding of the recorded data. In addition, the audio recordings from both EAFRs during the airborne portion of the flight were poor quality. The signal levels of the three radio/hot microphone channels were very low, and the recording from the cockpit area microphone channel was completely obscured by the ambient cockpit noise. These issues did not impact the NTSB’s investigation because the conversations and sounds related to the circumstances of the incident occurred after the airplane arrived at the gate and the engines were shut down, at which point the quality of the audio recordings was excellent.
Beochien 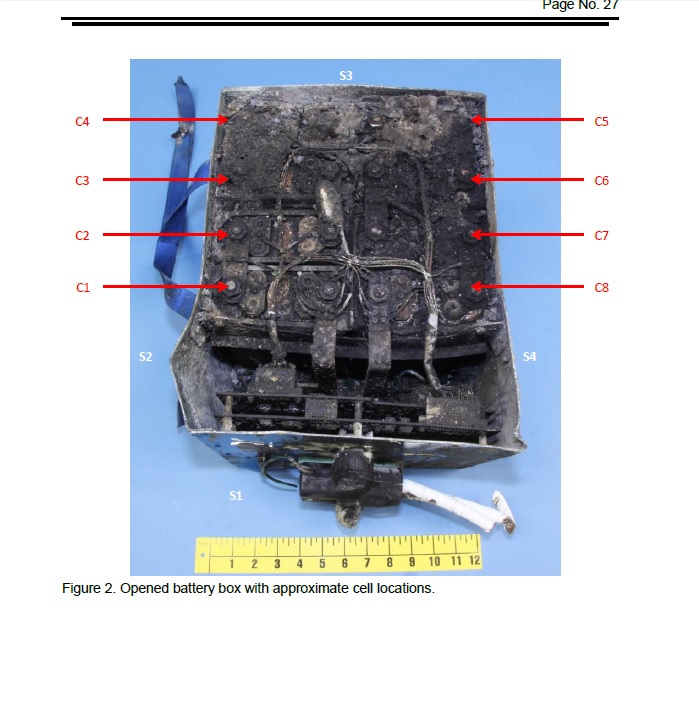 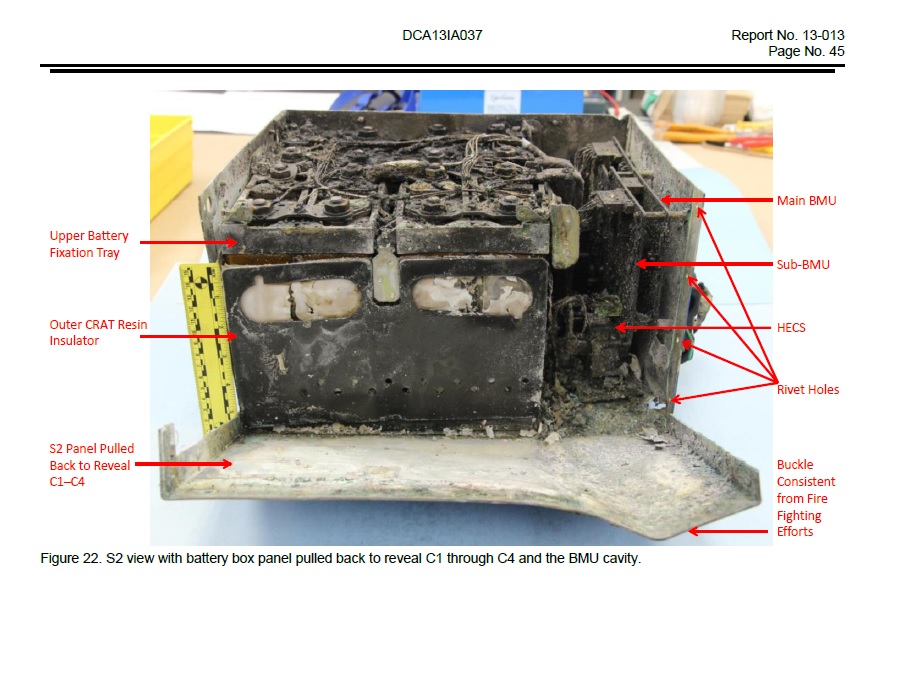 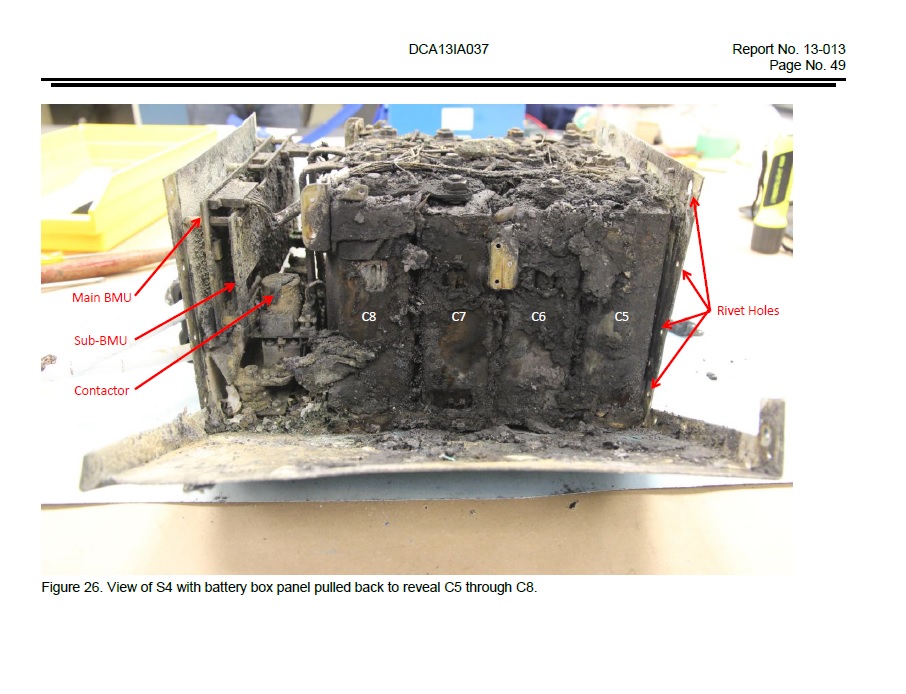 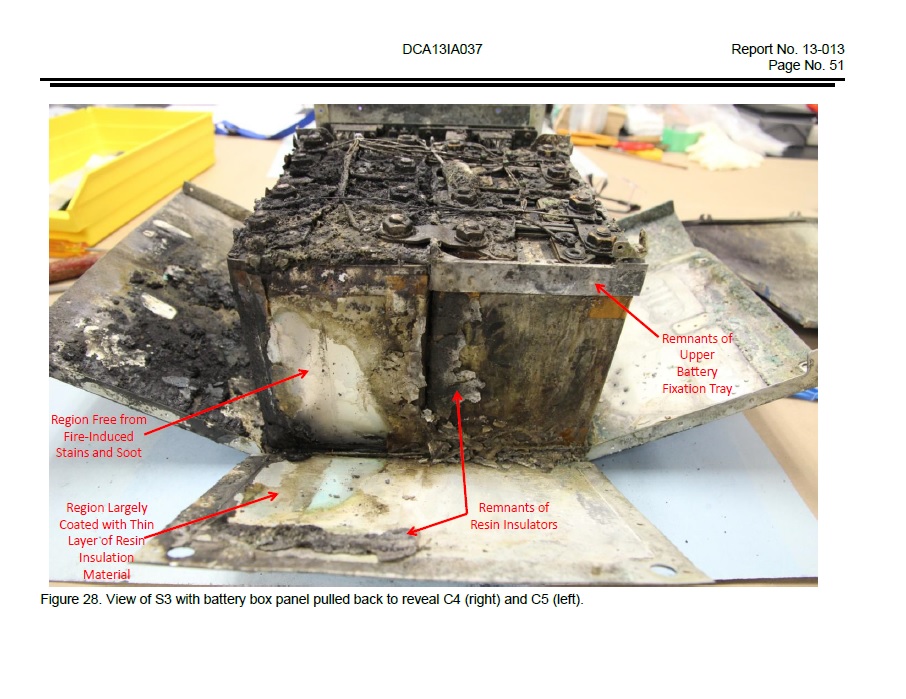 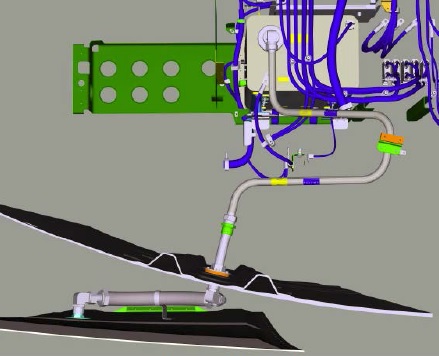 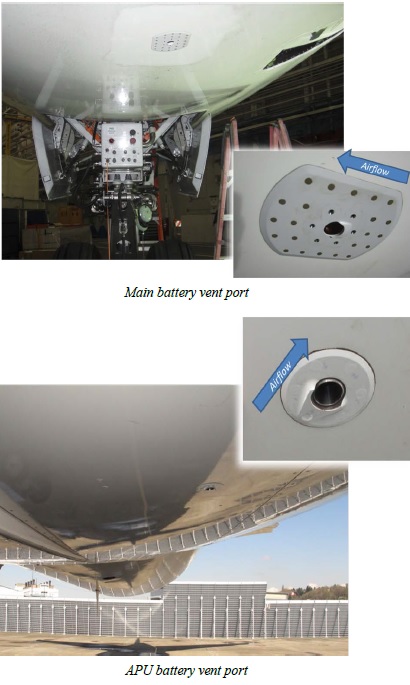 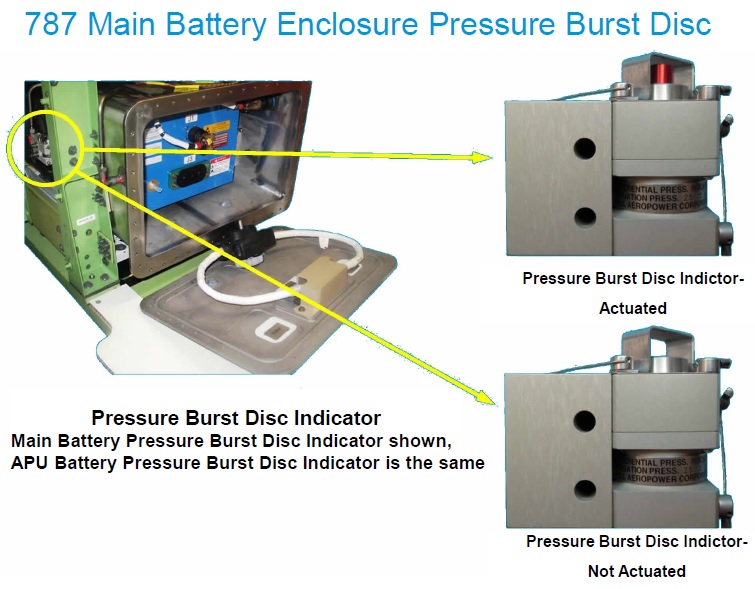