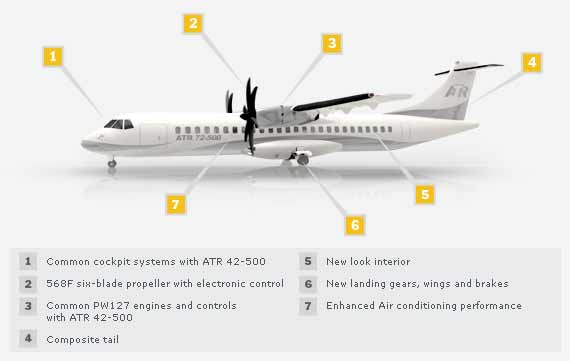 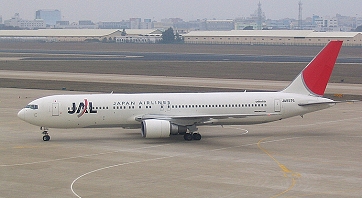 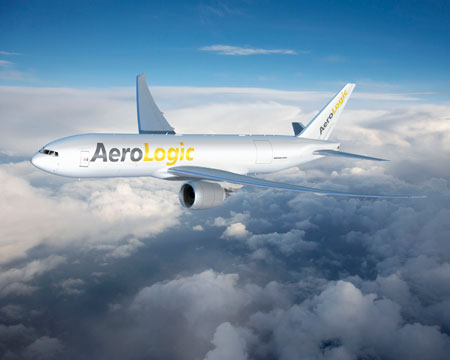 The Indonesia carrier today has 23 737-900ERs but at year-end will have 29, Lion's president director Rusdi Kirana, tells ATI today in Singapore.

Earlier this month the US Export-Import Bank granted financing support for 30 of the Boeing 737-900ERs Lion has on order.

Rusdi says Exim is very important for providing guarantees and Citibank has already provided financing for seven of the 30 aircraft to be delivered.

It is speaking to other financial institutions about getting commercial financing for the other 23, he adds.

He says at year-end it will have five ATR 72-500s and next year it will receive five more.

In November Lion signed a memorandum of understanding for 10 ATR 72-500s with options for 10 more.

"We have not yet signed the final contract" for the ATR aircraft but aim to "at the
end of this month," says Rusdi.

But this year Lion will phase out its last Boeing MD-82 although it will retain its five Boeing MD-90s because these aircraft fall under an agreement that goes through to 2012, he says 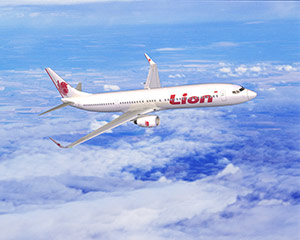 26 May 2009 Hatfield, Hertfordshire - Astra Airlines of Greece has acquired a BAe 146-300 from BAE Systems Asset Management to add to its existing Series 300 that it has had in service since July 2008, when it commenced operations.

The second aircraft (msn E3193) was delivered in the third week of May and is configured in a 99-seat all economy class layout. The airline has chosen the BAe 146-300 because its low fixed costs make it an ideal option
for a charter operator.

This was the first Boeing 777 Freighter delivery to Emirates Airlines

DAE Capital has a further 7 GE90-115B powered 777 freighters on order due to be delivered
between (2009-2014). HH Sheikh Ahmed bin Saeed Al-Maktoum, Chairman and Chief Executive, Emirates Airlines and Group said: "Our latest addition of the first boeing 777F is a welcome addition to our fleet and is the largest and most technologically advanced freighter available, marking the beginning of a new generation of world-class freighters. Further it is in line with Emirates SkyCargo's expansion plans and maintains out goal of operating the world's most
environmentally efficient fleet."
http://www.zawya.com/story.cfm/sidZAWYA20090603120348 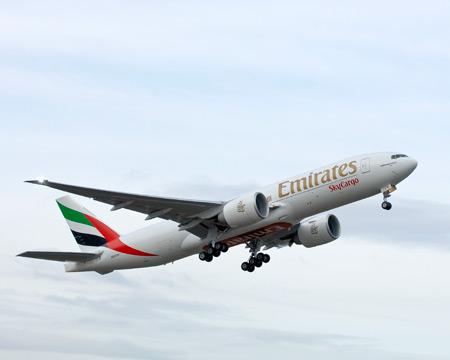 Regional One is a rapidly growing emerging lessor, specialising in the regional aircraft market for developing areas. It has a portfolio consisting of several different regional
aircraft types, including two BAe 146-100s and an ATP that it leases to Air Aceh in Indonesia.

The newly acquired BAe 146-100, (msn E1104), was previously operated by National Jet Systems in Australia and was delivered to Regional One in the third week of May while the three ATPs bought by Regional One are currently operating on lease with SATA
Air Acores.
http://www.airtransportnews.aero/article.pl?mcateg=&id=17947

New Delhi: Jet Airways (India) Ltd has deferred delivery of nine Boeing planes, meant for its low-cost subsidiary JetLite, on account of the current global downturn. Airline officials said the deferment was in line with company policy not to expand capacity this year.

"This deferment is part of our plan of not expanding capacity this year," an unnamed executive has been quoted as saying by media sources. The executive also clarified that the carrier, the country's second largest by market share, would take delivery of just one aircraft this August and the rest in the period 2010-2011 onward.

Officials have also been quoted as saying that the company intended to repay loans worth $150 million to several banks in the current financial year.

Indian carriers are shying away from taking delivery as global economy continues to shrink affecting air travel.
According to the Center for Asia Pacific Aviation, a Sydney-based consultancy, Indian carriers have likely posted a combined loss of up to $1.4 billion in the financial year ended 31 March.

So far, Jet Airways has deferred deliveries of eight long-haul Airbus and Boeing planes - five Airbus 330s and three Boeing 777s - to the next financial year.

Top 30 airlines by fleet growth: Aircraft deliveries by carrier in 2009 The Top 30 fastest-growing airlines by new aircraft deliveries in 2009 added 592 aircraft (regional jets, narrowbodies and widebodies) between them during the year, or 48% of total worldwide deliveries.
Ten of the Top 30 carriers were based in the Asia Pacific region, eight were in Europe, seven in North America, three in the Middle East and two in Latin America. Full service airlines accounted for 23 of the Top 30, with, surprisingly, just seven LCCs in the list.

Top 30 airlines by fleet growth: Aircraft deliveries by carrier in 2009

Ryanair to lead the way again in 2010

Ryanair is likely to top the list again in 2010, as it is scheduled to take delivery of 48 more B737s in 2010, as well as 37 in 2011 and 27 in 2012. Negotiations with Boeing for its requirements beyond 2012 recently broke down, prompting moves by Ryanair to shift its strategy. See related report: Where to next for Ryanair? Long-haul venture beckons

Ascend forecasts emerging markets to show "huge leaps in fleet growth" over the coming decade, with jet fleets in the Asia Pacific, led by China, set to escalate by 78.4%, increasing its fleet share to 27% and matching Europe’s fleet size in ten years time. European growth is 47%, driven by developing economies in Russia and central Europe.
In contrast, the North American fleet will grow by 4.7%, although it will still have the largest fleet in ten years time (a 30% share) and account for 26% of deliveries, second only to Asia/Pacific with 32%. High fleet growth will also be seen in the Middle East (71%) and the Latin America and Caribbean fleet will increase by almost 60%. Africa’s fleet will grow by just over 20%. In particular, the regional jet fleets in emerging markets show exponential growth over the next 10 years, with a hike of 176.5% in Asia Pacific; 125.3% in the Middle East and 100% in Latin America and the Caribbean.
According to Ascend, “China and India are leading the way”, adding, “over the next decade Brazil and Russia are also expected to grow significant fleets”.
http://www.centreforaviation.com/news/2009/12/31/ryanair-tops-2009-aircraft-deliveries-with-54-new-b737s-easyjet-second-china-southern-third/page1

Airbus has delivered 122 aircraft over the first quarter of 2010 and
taken orders for a total of 60.Its backlog figures, slow during
the first two months, were lifted in March as the airframer secured
orders for 49 jets - all long-haul types.These comprised 25
A350-900s for United Airlines and a total of 24 A330s for Malaysia
Airlines, Hong Kong Airlines and Hawaiian Airlines.Airbus has not
recorded any cancellations so far this year.It delivered 55
aircraft in March, including 44 A320-family jets and 11 long-haul
airframes - all A330s with the exception of a single A340-600 to Iberia.Over
the first quarter Airbus delivered a total of 100 single-aisle
aircraft, 19 A330s and A340s, and three A380s.Boeing had gained
net orders for 83 aircraft by 30 March, inclusive of 40 737s for Virgin
Blue and United Airlines' corresponding agreement for 25 787s.