BREAKING: Airbus selects winglets for A320 family
By Jon Ostrower on November 15, 2009

DUBAI -- Airbus will offer fuel-saving winglets on its A320 family aircraft beginning in 2012.

The specially designed 'sharklets' will provide a 3.5% fuel burn savings on routes longer than 1500 nm. Air New Zealand will launch the new sharklets at the end of 2012 as part of its recent order for A320 aircraft. Airbus says the A321 and A319 will follow in 2013. Airbus has not yet decided if it will offer the winglet on the A318.

Airbus claims the winglets will offer a boost of 110 nm in range or a payload increase of 500 kg or about 2 passengers.

The winglets will not be offered as a retrofit, but Airbus says it is working with Aviation Partners to provide a simpler design on existing A320 aircraft.

A winglet-equipped version of the Airbus A320 will enter service in late 2012, delivering fuel burn improvements of up to 3.5%. Launch customer is Air New Zealand.

Airbus's chief operating officer customers John Leahy says that the airframer had decided to adopt its own "sharklet" design after a series of winglet flight-test evaluations in recent years.

Offered only on new-build aircraft, the sharklet has a $900,000 list price per shipset. Leahy says that a retrofit for in-service aircraft is being examined in conjunction with Aviation Partners (API), which worked with Airbus on the new-build winglet programme.


Airbus tested its own winglet design several years ago before the more recent trials of an API version. Leahy says that the sharklet design is all-new and has already been evaluated using computational fluid dynamics analysis. "It will be scaled from the A350's sharklet.

Leahy says that the 2.4m (7.8ft)-high sharklets will be "weight neutral" as the required wingbox strengthening, which adds 200kg, will be offset by the ongoing airframe weight-saving effort.

The 3.5% fuel burn improvement is achieved on flights greater than 2,800km. The winglets also boost take-off and climb performance and provide significant gains in payload/range from hot/high airfields, says Leahy.

"The new sharklets will enable our Airbus fleet to benefit from lower fuel burn and carbon emissions, both across Air New Zealand's domestic network and especially on the longer trans-Tasman sectors," says chief executive Rob Fyfe. 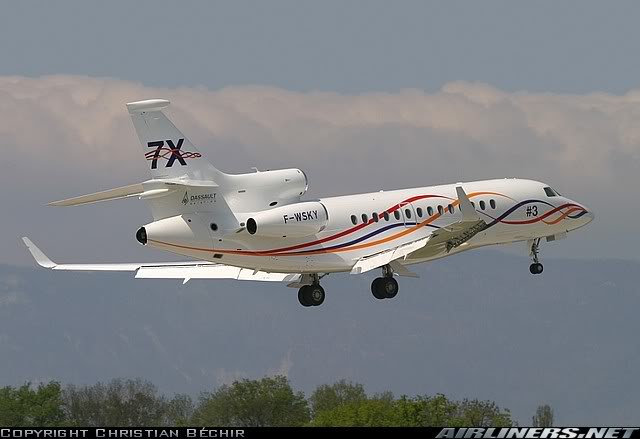 
After looking at several options, Airbus opted for an in-house design it is calling "sharklets."
Boeing has long offered winglets on the 737. Airbus officials have said for some time that they had more work to do because the A320 wing already was more efficient. And, in announcing the upgrade, John Leahy, COO for customers at Airbus, dissed the rival's product as "old technology" winglets.


What's still unclear is how retrofits will be handled. Leahy acknowledges that the sharklets will not work, so other design options are being looked at.

"P&W declined to address the existence of such an agreement, saying that "We
are in discussions with all aircraft makers about the benefits offered
by the [PW1000G] with its geared turbofan technology.
The engine maker adds: "Our preferred channel to market for the next generation or
re-engined Airbus and Boeing single-aisle aircraft is through our
successful partnership International Aero Engines (IAE). We will
continue to work with our existing technology partners to bring this
engine to market for our customers."IAE says that it "continues
to discuss all potential future engine developments to enhance the
aircraft's performance". P&W and Rolls-Royce are major partners in
the IAE consortium that offers the V2500 engine on current A320 models.
CFM engines power both A320 Family and Boeing Next Generation 737s."

Airbus is confident that if it goes ahead with its proposed A320
re-engining, the updated model would have a production lifespan of at
least 10 years. The airframer has also urged International
Aero Engines and its partner Pratt & Whitney to devise a way of
offering the latter's PW1000G geared turbofan through the consortium,
as an alternative to the CFM International Leap-X advanced turbofan. John
Leahy, who is Airbus's chief operating officer customers, says that the
proposed new A320 could be in service by 2015 and that any all-new
single-aisle aircraft is unlikely to arrive before 2024-25. "With
re-engined aircraft there is usually an overlap of a few years with the
new aircraft - this is what Boeing did with the 737NG - so it will have
a life of at least 10 years." Meanwhile, chief executive Tom Enders says Airbus will "take a decision on the
re-engining this year". Speaking during its annual press conference in
Seville, Enders added that the airframer will also decide "what the
engine solutions will be". The Leap-X advanced turbofan and
the PW1000G are being evaluated, and Enders repeated Airbus's previous
statement that it wants an offer from its existing A320 supplier IAE. Leahy
stresses that Airbus is not interested in a sole-source deal with
P&W for the GTF, and urges the US engine maker to get together with
its IAE partners - which include Rolls-Royce - to "work out a way for
IAE to offer the GTF". Although the airframer wants "multiple
suppliers" for the new engines, Leahy does not rule out signing a deal
later this year first with CFM "if Pratt and IAE aren't ready".

South African Airways has firmed its order for five additional Airbus A320s, and confirmed they will be powered by International Aero Engines V2500s.

The aircraft were part of an augmented agreement for 20 A320s tentatively agreed last year, after SAA renegotiated an order for 15 of the type placed back in 2002.

Airbus COO-Customers John Leahy revealed that an A320 family

production rate increase to as many as 38 aircraft per month is being contemplated.

Airbus in March announced an increase in the monthly A320 family production rate in December from the current 34 to 36, citing "continuing demand" and a "record backlog" (ATWOnline, March 10). Speaking to this website on the sidelines of the Airbus Innovation Days event in the UK, he said the company is "evaluating an increase in A320 production not only as planned from 34 aircraft to 36 per month, but maybe up to 38." He said the production increase would depend on market and economic conditions.

Singapore-based low-cost carrier Tiger Airways has pounced on Airbus delivery positions that have become available through deferrals to bring receipt of two more A320s forward by a year. The airline, which operates 19 Airbus A320 family aircraft, expects to take delivery of nine aircraft in its current fiscal year ending 31 March 2011. Tiger had previously advanced deliveries of nine A320s from 2016 to later this year and 2011.

"These aircraft were part of an Iberia option from 2005," she says. "We've bought them for BA."