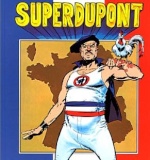 
BERLIN, Sept 12 (Reuters) - The German government plans to support the planned construction of the Airbus A350 wide body plane with a state guarantee worth 1.1 billion euros ($1.61 billion), a magazine reported on Saturday. Focus magazine said the government would secure a loan from state-owned bank KfW, citing a confidential memorandum from Germany's finance and economy ministries to the parliamentary budget committee.


European governments are planning to provide billions of euros to help Airbus finance the A350 jet despite a ruling earlier this month from the World Trade Organisation that European "launch aid loans" for the A380 and other top-selling planes violated the rules.

Airbus aims to spend $200 million next year on procuring aircraft parts from China and it is possible that China will have more than 5% of the work on the A350 programme.

Last year Airbus spent a little over $100 million buying aircraft parts from China and next year it is aiming for $200 million and in 2015 it will be close to $500 million, says Airbus China president Laurence Barron.

He says Airbus recently concluded deals with Chinese firms for the manufacture of rudders and maintenance doors for the A350 and at year-end it aims to sign a deal for China to make A350 elevators.

Airbus is also negotiating with Chengdu Aircraft to make spoilers for the A350, says Barron.

These contracts altogether account for 4% of work share on the A350 programme and the remaining 1% will come via sub-contracts from Airbus' other tier-one suppliers, he says.

Airbus has a long-standing commitment to give China a 5% share of the manufacturing work on the A350 programme.

Barron says if Airbus can negotiate a good price then China's share of work may exceed 5%.

Besides sourcing aircraft parts from China, Airbus is working to establish a logistics centre.

All Airbus shipments into China come via Tianjin but presently the company's shipments out of China are going though various ports.

Barron says the idea is to consolidate everything and have it go through one logistics centre to cut costs.

By year-end Airbus hopes to decide on a location for the logistics centre, he adds.


While the program is running 2.5 years behind the original schedule, its likely main competitor, the A350, is off to a slow start, Bernstein claimed. Citing information from suppliers, it said, "the A350 schedule is beginning to slip at an early stage. . .and is now five to six months behind schedule." It noted that Airbus believes the time can be made up.

The headlines may be being dominated by Airbus A380 service introductions and rival Boeing's ongoing travails with 787 production, but behind the scenes the engineering effort to bring the European manufacturer's most important new programme to the market on time is reaching its peak.

The A350 XWB family - entry into service of which is planned for 2013 - represents Airbus's challenge to the increasing dominance of the Boeing 777, and the US manufacturer's impressive early sales success with the smaller 787.

Critical to the success of the A350 is the wing, being designed, developed and assembled in the UK, like all Airbus wings before it. The difference this time is that the wing is being constructed almost entirely from carbonfibre reinforced plastics (only the wingbox ribs are metal), and using a new "pulsing" production line concept.


The success of the A350 in the marketplace has meanwhile led Airbus to attempt to ramp up production from zero to 13 aircraft a month at twice the rate of that achieved for the much smaller A320 narrowbody. Over the first five years of production, 112 A320s were rolled out of the factory, but A350 output is projected to be 236 aircraft over the equivalent time period.

"I wouldn't have believed some of the technology, and how we have moved A350 manufacturing on compared with the A380," says Airbus head of wing centre of excellence Brian Roy. "We've pushed the boundaries significantly further compared with anything we've done before."

Rapidly is approaching is "milestone gate 6", which represents the conclusion of the primary definition phase for the wing, and opens the door for the start of parts manufacture. Gate 5, achieved at the end of 2008, froze the overall architecture of the wing, including its planform, outer skin lines, flap/slat drive systems, fuel system, and rib positions.

"Depth of the wing skin and critical depths on spars, particularly where the landing gear is attached, are being done now," says Airbus in the UK vice-president engineering Neil Scott.

"At the end of this year we reach MG6: that is, are we ready to manufacture?" he says. "Have we really set the maximum thickness of composite components?

"Not every single detail will be done, but the primary definition will be done for the end of this year. Critical interaction loads and aerodynamic loads on the wing are all done, to set the architecture. We're now going through the sizing loop, so that by the end of the year we will have all the critical sizing," says Scott.

In addition to the wing's composite construction and advanced aerodynamics, a simplified and more streamlined "drop-hinge" trailing-edge flap system is being introduced on the A350. The aircraft's 34m (110ft)-long, single-piece wing skins are claimed to be the largest composite items ever manufactured in any industry, worldwide.

The pulsing wing line is aimed at achieving a 30% reduction in unit assembly costs compared with the A330's wing.

Unlike previous Airbus wings, those for the A350 will be assembled in a horizontal rather than vertical position. In addition, rather than teams and equipment moving to the location of the wing, the wing will be "pulsed" between workstations. Drilling will also be fully automated.

Airbus has produced a "near prototype" wing test piece measuring 18 x 7m to validate its component manufacture and assembly concepts. The A350's wings are to be assembled inside a dedicated 46,000m2 (495,000ft2) building at the company's Broughton site in North Wales, construction of which is due for completion by the end of 2010.

A350 development in general is "going pretty well", says a cautious but confident Tom Williams, Airbus executive vice-president programmes. "There are a lot of demonstrators being built. We are actually building test pieces. Equipment is on order and tooling is being made, so the process is really taking flight."

XWB assemblies will be tight squeeze in a Beluga

The A350's wing is dimensionally larger than that of the A340-600, so how does one fit into the manufacturer's Beluga transport aircraft? The answer is that it does not, quite. Some sections of the inboard leading edge must be left uninstalled for shipping.

"It was a lot of activity to try and get that iteration in terms of Beluga-fit, and what engineering wanted in terms of the size of the wing," says head of A350 industrialisation in the UK Scott Coleman. "So there was a fair bit of work to make sure we could fit it into the Beluga without compromising the engineering elements," he adds.

Stork Fokker AESP has signed a contract with Airbus for the development and manufacture of the composite outboard flaps for the A350 XWB family of aircraft.

During serial production, Fokker intends to produce 140 sets of composite A350 XWB flaps annually. Outboard flaps increase the surface area of the wing during take-off and landing.
Development activities, scheduled to last 18 months, have already started in Papendrecht, the Netherlands, in close collaboration with Airbus in Bremen, Germany, with first hardware deliveries in 2011.
Fokker and Airbus have an existing business relationship. Fokker is a supplier to the Airbus A380 of Glare fuselage panels and the thermoplastic leading edge.
Fokker, a specialist in complex lightweight aerostructures, recently won the contract for the JSF flaperons and already produces the inboard flaps for the Boeing 747-8 and the flaperons for the F16.
Stork Fokker (to be renamed Fokker Aerostructures on 1 January 2010) is a company of the Fokker Aerospace Group.

Airbus has opted to develop its A350-800 as a shrink version of the -900, an adjustment aimed at simplifying the programme.By
optimising the A350 around the -900 as a baseline the airframer is
adopting a similar strategy to its development of the A330-200/300.It
will potentially provide the -800 with a 3t increase in payload or
extend its range by 250nm - although it will also raise the fuel-burn.Airbus
chief operating officer for customers John Leahy disclosed the plan at
a briefing in Seville today, stating that definition freeze on the -800
had been completed.Designing the -800 as a derated version of
the -900 will enable Airbus to avoid accommodating changes, for
example, to the landing-gear.Leahy says: "The more we looked at [changes on the -800], the more we thought: 'Why?'"He
admits that the decision would increase the -800's fuel-burn by "a
couple of percent" but insists this would still keep the twin-jet in
the "same competitive region".There would be no change to the entry into service date.Airbus has orders for 182 A350-800s, plus 248 -900s and 75 for the larger -1000.